Tune in tonight for the premiere of “Snowfall,” the new FX drama series about the start of the crack epidemic in Los Angeles, 10 PM ET/PT.

I think I’m like most people – when thinking of John Singleton, you immediately think of film. And even after watching the first episode of Snowfall, you would still be right. The cinematography and story-line could easily play in every theater across the US.

While watching, I quickly found myself connecting the characters on screen to people in my life, and those I was raised around. Who they were, their resolve, frustrations, fragmented families, and struggles to keep it all together while addiction is pulling at everything you love. Perhaps it was the music…you’ll find yourself singing along and taken back in time to memories attached to the melody. Solid choices!

Franklin Saint, played by Damson Idris is a complex young man, full of potential to go either way, and looking for a way out. I don’t want to give anything away! But I really need episode 2 to get here already! 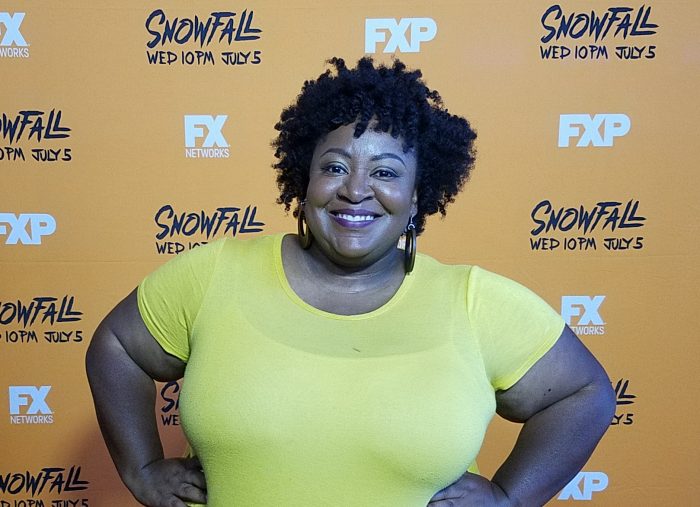 Following the screening, Bay Bay (K104FM) moderated the panel discussion. Oakland was one of the cities hardest hit by the crack epidemic, it showed up front and center in my family, so I had to ask about the Bay Area and LA connection. In his own words, Singleton quickly responded “stay tuned, there is a Bay Area connection!”

Life in California is not all sun and palm trees. Snowfall paints a gritty picture, while highlighting the overlooked timeline of how Los Angeles became quickly covered in that powdery white stuff.