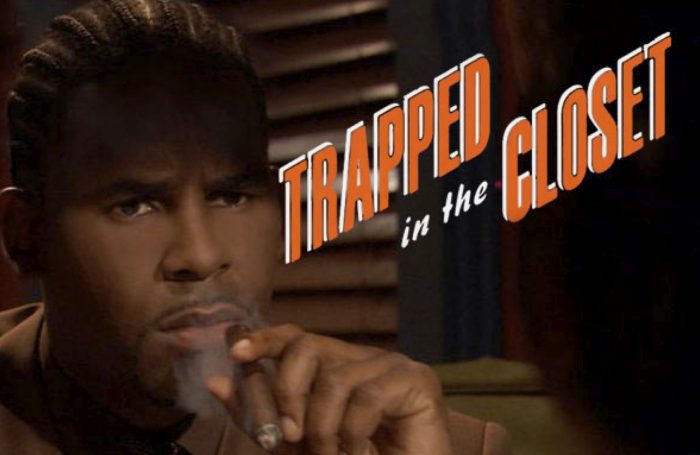 Well this is weird as hell.

This week, old news became new again with a post from Buzzfeed, alleging the “pied piper of R&B” is running a sex-fueled cult of young women.

This time the news comes with former staff, adamant parents, and promises of proof. Allegations continue to pile up, noting the control R.Kelly has over the numerous women he maintains relationships with.

One thing is for sure, over the years there is a growing arrogance from R. Kelly, and parallel attraction from those who love his music and try to separate is personal life from the hits he’s penned.

Remember when he walked out of the HuffPost Live interview?

In their defense, the event was scheduled and promoted weeks before the latest shock and awe (that’s questionable too, but , but why the event hasn’t been canceled by now is the real question.

The New Parkway Theater has decided to cancel tomorrows sing-a-long event. Their official response is included below, posted at 5:43pm. Please read it in its entirely, and note the community forum scheduled for August 4th, 10am – 12noon.

Click here to read the responses. If this is any sign of whats to come August 4th, we have a long way to go.

I’ve attended a ton of events held at The New Parkway since their reopen. These events have been LGBTQ benefits, HIV/AIDS Forums, and simple nights of fun with friends. Its a safe community space, but violence, whether mental or physical towards Black woman is often never attractive enough for the selective sight of “progressive” communities.

On their Facebook event page, the Parkway is being called out in true Bay Area fashion for the now sold-out 33-chapter musical event.

Read a few of the posts from the discussion section: 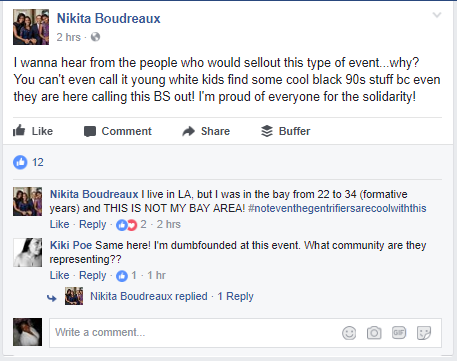 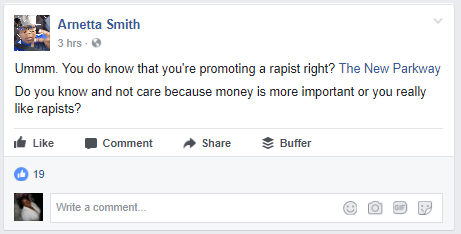 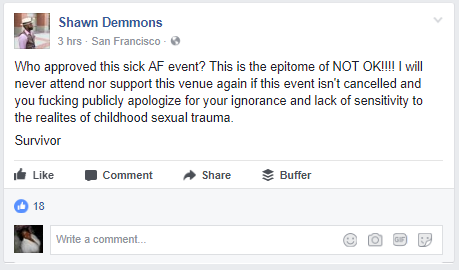 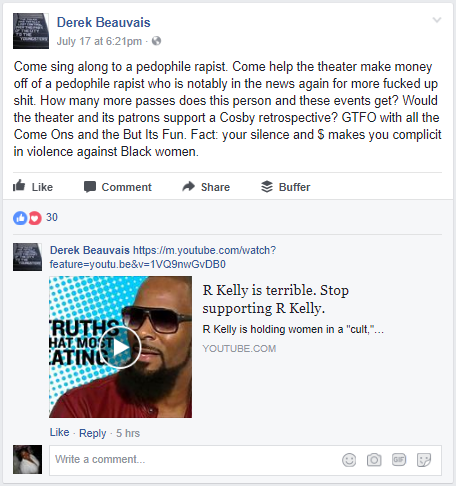 but has become inundated with calls taking them to task.