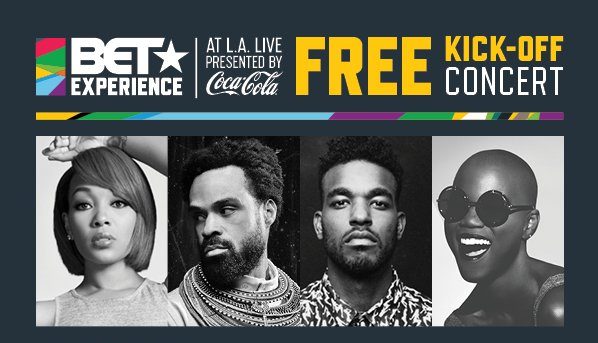 BET’s biggest weekend in music, the 2016 BET Experience, is set to turn up the heat at L.A. Live, June 23-26th. Presented by Coca-Cola, the 4 day festival returns for its 4th year to the popular Los Angeles destination, ahead of the BET Awards.

The four-day event will showcase the best in music, comedy, and entertainment. Interactive activations and ticketed shows including a celebrity basketball game will also take place at the FREE BET Experience Fan Fest on Saturday, June 25 and Sunday, June 26 at the Los Angeles Convention Center.

Tickets and packages for the BET Experience at L.A. LIVE presented by Coca-Cola® are available at http://www.axs.com/betexperience

Follow BET Experience on Twitter @betexperience for the latest and greatest and join the conversation by using #BETX. Visit www.betexperience.com