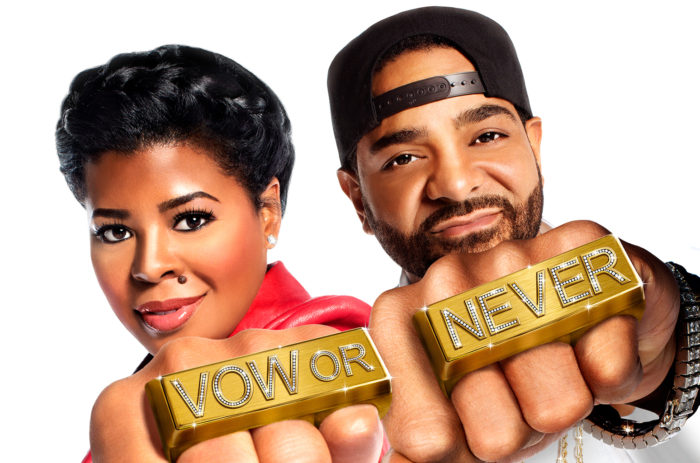 Don’t call it a comeback! Hip Hop Power couple, Jim Jones and Chrissy Lampkin return to a television near you, with their new reality show ‘Jim & Chrissy: Vow or Never‘  on WE tv.

Hate them or love them, the longtime duo are reality show royalty after introducing us to the Love & Hip Hop franchise. I really like them together, and how they navigate their strong personalities in the relationship.

Jim and Chrissy have been together for more than a decade, have each other’s backs and consider themselves best friends but that might not be enough to keep this couple from being pushed over the edge by meddling friends, a longstanding family feud and the pressures that come with planning a wedding. The road to the altar is going to be a very bumpy ride which begins with Jim missing the couple’s first appointment with their wedding planner to party.  And then there’s Jim’s mother, Nancy “Mama Jones,” who’s always had a difficult relationship with Chrissy, and decides to fly to Miami unannounced because she’s heard rumors of an impending union…and she’s not having it.

Will Jim & Chrissy finally make it down the isle? Will Mama Jones cut up? So many questions.

Tune in for the network premiere, Thursday, September 1st at 10pm ET/PT on WE tv.

Shout out to WE tv for bringing one of our fav couples back.